Phenomics of sexual conflict in damselflies

The common bluetail damselfly Ischnura elegans exhibits a female-limited colour polymorphism (Fig 1): one androchrome (male mimicking) morph and two gynochrome morphs (​infuscans and ​infuscans obsoleta​). The reason for emergence of this trimorphic state are thought to be high fitness costs stemming from male mating harassment: androchrome females are less sensitive to male mating attempts than infuscans or infuscans-obsoleta females. Consequently, the morphs differ in terms of how their fecundity is affected by morphology, number of matings, and the degree of male mating harassment.

Androchromatism (i.e., male mimicry) can thus reduce the fitness costs of male mating harassment. This should be a frequency dependent mechanism, as, the more common a female morph, males will form a search pattern. However, while the frequency of androchrome morphs is around 30% in southern Europe, most populations around Lund are dominated by the androchrome morph (typically up to 60-80% - Gosden et al. 2011, Svensson et al. 2020). This contradicts the theory by which female androchrome morphs should experience negative frequency dependent selection, because the efficacy of male mimicry might break down when the mimicking morphs become too common. 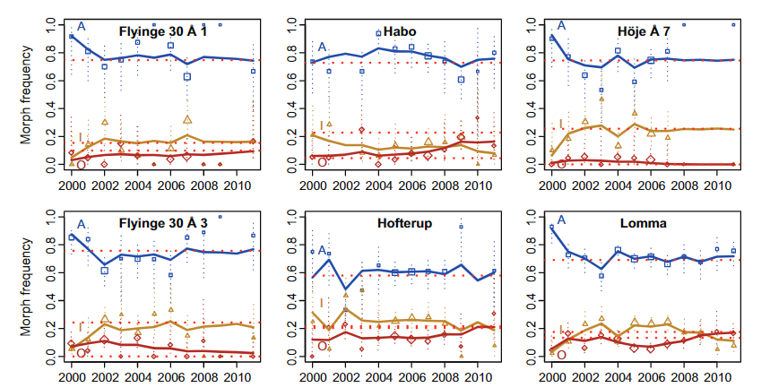 One explanation for the high frequency of the male mimicking female morph is that the benefits of female polymorphism may be frequency dependent, but the costs are frequency independent. For example, at high latitudes, the morphs do not only differ in their abdominal colouration, but also in their cold tolerance (Svensson et al. 2020). These findings highlight the need for more comprehensive phenotypic investigations of the ​I. elegans ​polymorphism that go beyond the quantification of colour, specifically, extensive morphological and behavioral analyses. 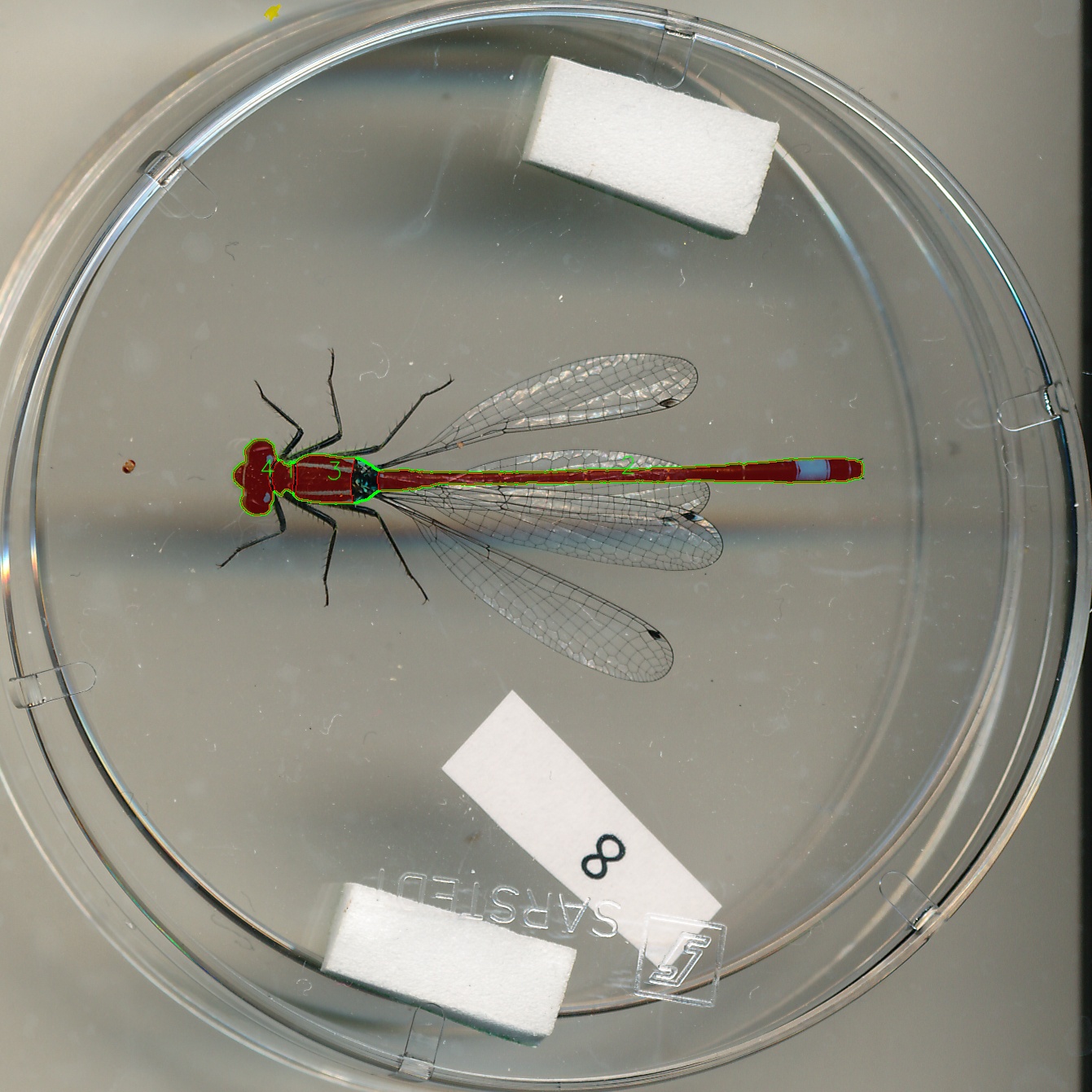 Figure 3 - Scanned image of the common bluetail damselfly (Ischnura elegans), segmented with the Python package phenopype that got published in Methods in Ecology and Evolution (Lürig 2021). Visit https://www.phenopype.org/gallery/project_9/ for more details.

I am currently conducting a comprehensive analysis of morphology in an existing large image dataset of different Swedish ​I. elegans populations to test whether the three female morphs express morph-specific sets of covarying traits, which are under correlational selection. I am using a suite of simple segmentation algorithms to extract continuous morphological information from existing data (scanned images) that have been collected by the Svensson lab (15 000 images).

I am investigating morphological signatures that may point towards additional benefits that accrue by androchromatism. I am using a combination of signal processing and deep learning to extract continuous morphological information.